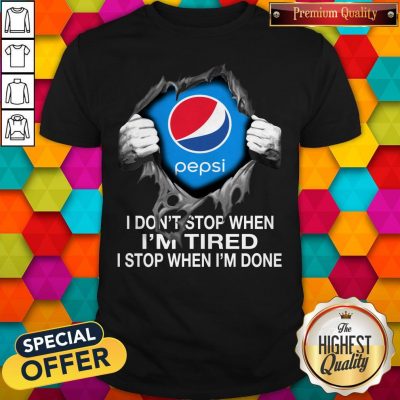 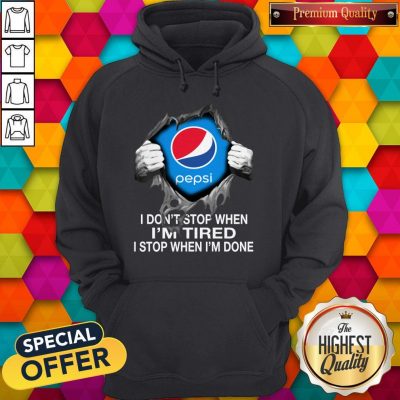 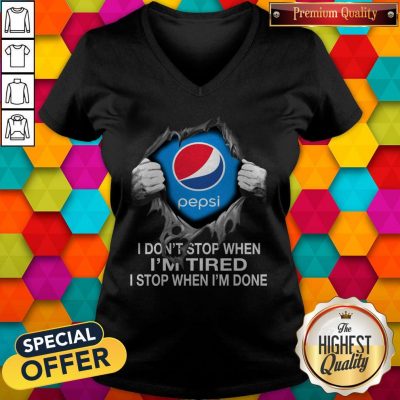 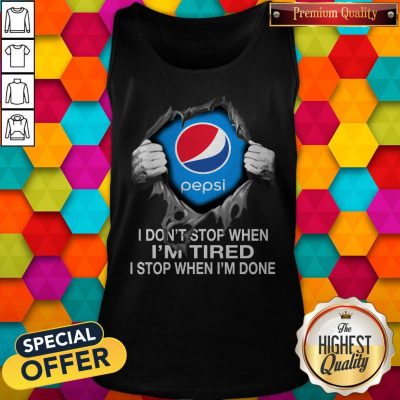 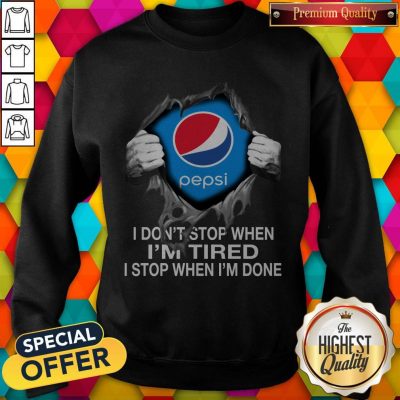 This is turning into the “Phantom Menace Pepsi promotion” subreddit, and Nice Pepsi Inside Me I Don’t Stop When I’m Tired I Stop When I’m Done Shirt you know what? I’m totally fine w that. I do kind of appreciate these reminders of just how massive the Episode I marketing campaign was. Episode I was a huge fucking deal for a kid in 1999. It was absolutely a huge deal! I was 19 when the movie came out, and I remember the hype. It was also the first movie (and one of the few) I ever stood in line for the premier midnight showing for.

I will say that was an awesome experience. I’ll never forget the Nice PepsiInside Me I Don’t Stop When I’m Tired I Stop When I’m Done Shirt experience. It was a bittersweet memory because the same day was the day my grandfather died. Who remembers the original PlayStation game “Jedi Power battles” the episode one game where you start out on the trade federation ship and fight the droids. That game is legendary. They didn’t give up. George sold to Disney shortly thereafter and Disney didn’t continue on with the 3D releases. Had Geroge held on longer before selling we would have seen Attack of The Clones in 3D the following year ep1 was out